Not only humans but also dogs can become infected with tularemia, a life-threatening disease for rabbits or rodents. The disease is more known here as the hare plague. Although contact with infected blood or meat makes human hunters a risk group, hardly any research has been carried out into how regularly dogs are infected. Researchers from the Vetmeduni in Vienna now confirm that dogs can also become infected with the disease. In 80 of the hunting dogs tested in Austria, 7% of them showed the disease. And so we now have to ask ourselves whether people can also get sick from dealing with an infected dog.

Tularemia is a mostly fatal disease for animals such as hares, rabbits and rodents. Since it is a zoonosis, a disease that is transmissible from animal to human, people are at risk. The disease is caused by different subtypes of the bacterial pathogen Francisella tularensis, which can be transmitted by sucking and biting insects, but also by contaminated hay and contaminated blood or other liquids. Raw meat from diseased wild animals also carries a high risk of infection with the pathogens, which can also infect dogs. Only dogs have a high resistance and actually do not really get sick themselves.

Because our quadrupeds usually show little or no symptoms and have a high natural resistance to the bacteria, they are hardly involved in research. Nonetheless, there are theories that dogs could serve as an intermediate host and thus as another source of contamination. And, because hunting dogs especially come into contact with the disease (like hunters who touch the dead game), it is a legitimate question how regularly dogs can infect us.

Scientists from the Research Institute of Wildlife Ecology at the University of Vienna, veterinary medicine department, have now researched for the first time how often the disease occurs in the blood of (working) hunting dogs. This happened in an area in Austria where the disease among hares regularly occurs. "After two independent analyzes, we identified five dogs as clearly positive," says author Annika Posautz. It can thus be shown that the number of dogs in the Austrian areas where tularemia is endemic, which is often the case, is also often contaminated.

"The quota of about seven percent makes it clear that it can also regularly lead to the infection of hunting dogs.As a carrier of the pathogen, even without symptoms, the animals could also be regarded as an unexpected carrier," continues Posautz. According to the researchers, however, there is still a lack of clear scientific evidence. Further research into the transmission of the disease via the dog to humans is therefore necessary. 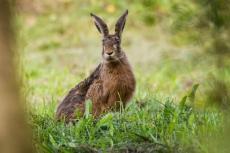 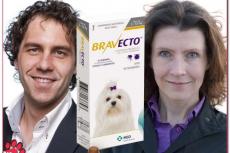 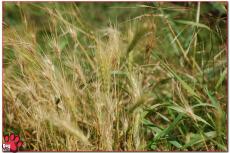 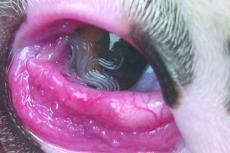 Germany: No shows for dogs with extreme harmful features
Anger in Portugal over police crackdown on fire in asylum
Coronavirus affects the dogworld (update 13-3)
END_OF_DOCUMENT_TOKEN_TO_BE_REPLACED